The US government is expected to announce a 50% increase in tariffs charged for Airbus commercial jets manufactured in Europe. Currently, these aircraft pay 10% of fees and will be raised to 15% and paid by American airlines, their costumers.

The move is a response to the European Union’s illegal subsidies to Airbus recognized by the World Trade Organization. According to Reuters, Europeans are preparing a similar action against Boeing in another case tried by the WTO.

Accusations of illegal subsidies have been dragging on for 15 years and reach a critical moment when the coronavirus pandemic (Covid-19) threatens the survival of most airlines in the world. Every day, more flights are suspended, dramatically reducing the revenue of these companies.

Aircraft manufacturers are also feeling the blow caused by the new virus. Airbus and Boeing, with cases of infected employees, halted their assembly line, reinforced by the fact that many customers are requesting the postponement of the delivery of planes.

To reduce pressure from the US government, Airbus has invested in aircraft manufacturing in America. Its Mobile plant today produces A320 family jets and started assembling part of the A220s, a program purchased from Bombardier. It is not known for certain whether these aircraft assembled in the US, but with parts produced in Europe, will be affected by the increase in tariffs. 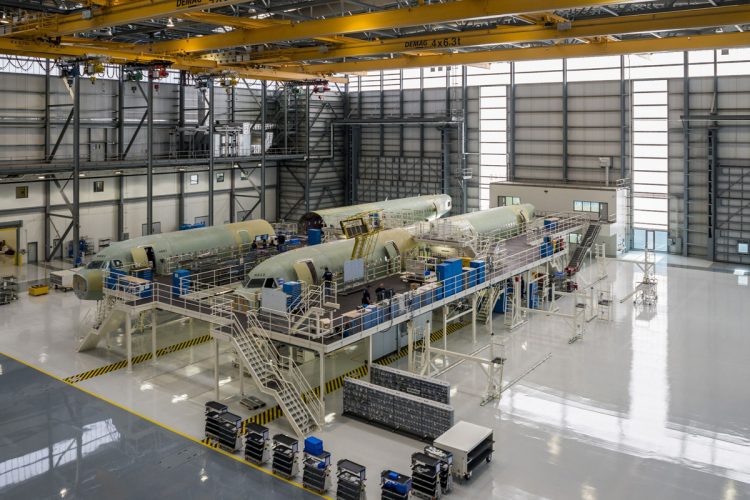 It is not clear whether U.S. tariffs will apply to Airbus-mounted planes in the state of Alabama

Currently, the presence of Airbus aircraft in the fleets of the three largest US airlines is quite significant. At American Airlines they represent 45% and almost tie in numbers with Boeing planes.

Delta Air Lines has a third of its fleet supplied by the European manufacturer, including the new A220, A330neo and A350. United Airlines, on the other hand, owns 22% of its aircraft manufactured by Airbus, but all of them have signed recent agreements with the Europeans, especially for the A321XLR, a long-range variant of the aisle jet that should replace the Boeing 757, an aircraft that was used on a large scale in the United States.