A joint Chinese and Russian project, the CR929 widebody aircraft is undergoing new difficulties. According to statement by the general director of Irkut, Ravil Khakimov, deliveries of the model, developed in partnership with COMAC, should occur only in 2028 or 2029. Until then, the forecast by CRAIC, the joint venture of the two companies, was for a twin-aisle twin-engine to debut in 2027 after a two-year flight test campaign.

“At the moment, we are at the stage of collecting and analyzing proposals from all suppliers to determine the final configuration of the aircraft. It was planned to complete this work in 2020 and, in 2021, move on to the contracting phase with all co-contractors. and suppliers,” Khakimov explained to the Russian government’s economic policy committee on Wednesday. “But, unfortunately, there are difficulties in working together with Chinese partners, so this phase could be changed to 2021”, added the general director of Irkut.

The joint venture between COMAC and Irkut, part of the UAC group, was launched in May 2017 with optimistic perspectives as it brought together two old partners from the times of communism in a joint work that seemed perfect. The Chinese wanted the Russians’ experience with complex aircraft designs while they saw the Chinese government’s injection of resources as the solution to make the program viable.

However, society is beginning to show signs of fraying. According to the Russian press, COMAC intends to have the exclusive sale of CR929 on the Chinese domestic market, leaving Irkut to exploit customers from other countries. As is known, competing with giants like Airbus and Boeing is an almost impossible task.

Irkut’s estimate indicates that the Russian market should absorb 50 aircraft like the CR929 in the next 20 years while in China there is a much greater potential, from 450 to 500 units.

Developing a widebody aircraft is one of the biggest challenges in the aerospace industry. Few companies have succeeded in this market and even famous names like Lockheed have failed – with the L-1011 Tristar tri-jet.

Russia, through Ilyushin, developed the four-engine aircraft Il-86 and later the most efficient Il-96, but both planes had modest production – less than 150 units were produced. China, meanwhile, has invested heavily in recent years to make its first commercial aircraft, the ARJ21 and C919, both single-aisle viable.

For that reason, the CR929 seemed to be the ideal solution. With three variants planned, the twin engine aircraft will be able to carry 250 to 320 passengers and compete with the Boeing 777 and Airbus A350. Initial studies predict a range of 10,000 km to 14,000 km, depending on the version. Half of the fuselage structure will use composite materials, part of the scope of COMAC.

The choice of the new jet’s turbofan engine has been complicated. UAC has been talking to Rolls-Royce and GE as alternatives to an export variant, but at the same time they are studying a native solution or in partnership with the Chinese.

The aviation crisis triggered by the coronavirus pandemic, however, can make the future of the CR929 quite difficult. If more robust programs like the 777X and A350 suffer from cut orders, what can be expected from an unprecedented Sino-Russian widebody. 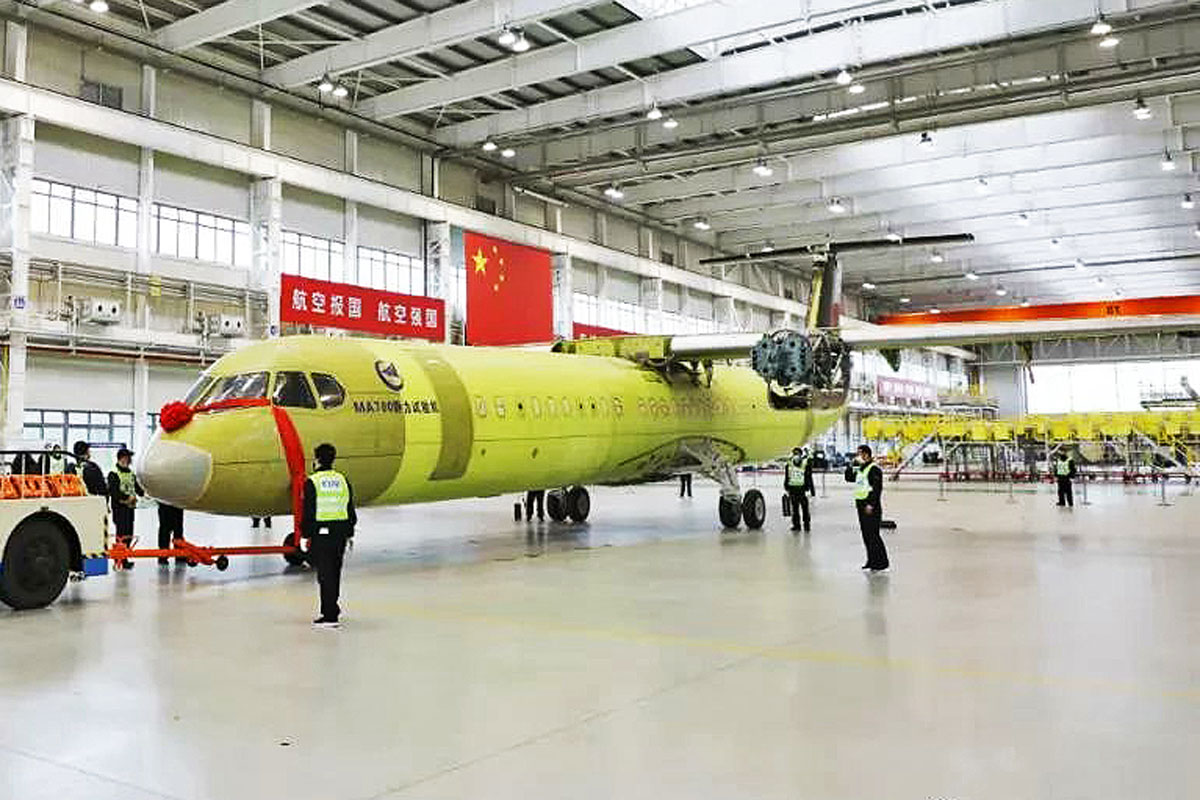 If in other sectors, China is an industrial giant capable of materializing any product, in civil aviation the…

The ambitious program of the widebody CR929 jet can count on an important European aid. The Italian group…