Mitsubishi Aircraft’s regional jet SpaceJet had an order for 10 units (plus 10 options) from Aerolease Aviation canceled on December 31, the Japanese manufacturer announced on Friday.

The U.S. leasing company had signed a contract with MHI in 2016, when the jet was still called MRJ (Mitsubishi Regional Jet). However, the decision to freeze the program, taken by the Japanese company last year, made maintaining the original agreement impossible.

“It is clear to us that the market is in need of such an aircraft and that creates a unique opportunity. Although our agreement with Mitsubishi Aircraft has ended at the end of 2020, we wish the team success in eventually restarting the program as soon as practicable and we remain interested in resuming our relationship with them when that happens, ”said Jep Thornton, Managing Partner of Aerolease Aviation.

The two companies left open a future renegotiation of the agreement as soon as the aircraft development is restarted.

Mitsubishi Heavy Industries, which controls the aviation division, decided to temporarily pause the development of the M90 ​​jet, which was undergoing certification tests until 2020. With major losses in the group, made worse by the pandemic, MHI chose to freeze the program in the next three years.

The company says it will maintain some certification activities, however, it would have decided to lay off 95% of Mitsubishi Aircraft’s staff starting in April. According to Flight Global, SpaceJet has 153 firm orders and 114 purchase options, mostly from Japanese airlines. 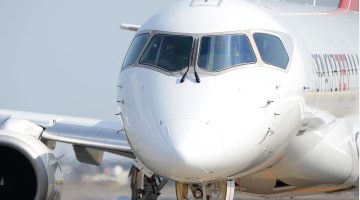