Utility aircraft is being developed in partnership with the Brazilian Air Force, which presented first details at a seminar last week 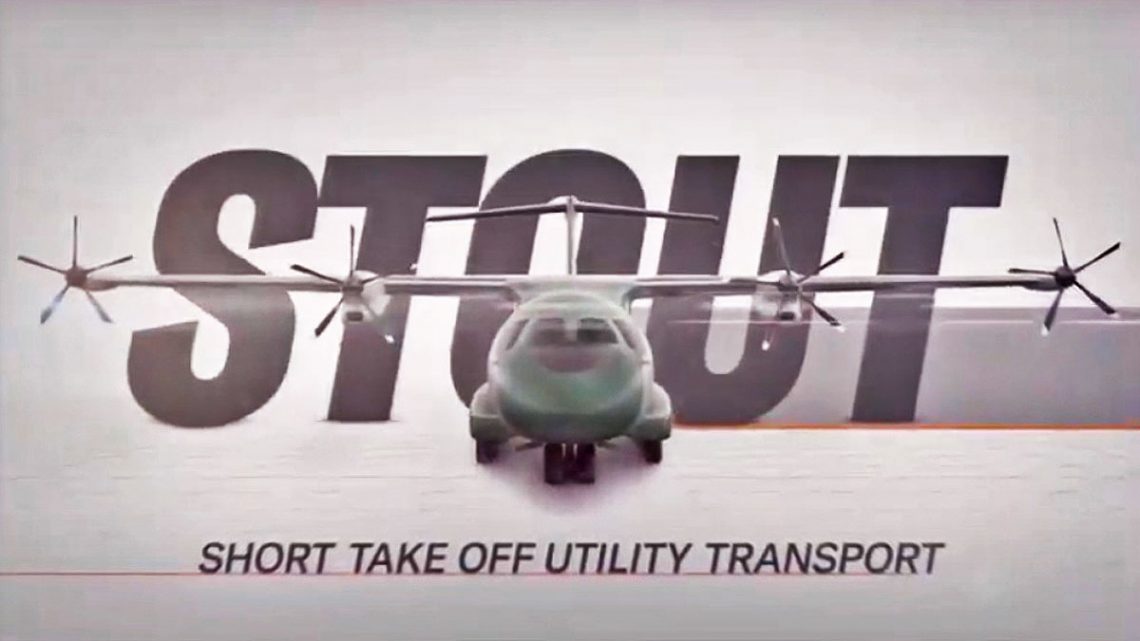 The future utility aircraft as a result of the partnership between Embraer and the Brazilian Air Force (FAB) had its first details revealed on Friday during a seminar organized by the country’s defense ministry.

Named with the acronym STOUT (Short Take Off Utility Transport), the concept will use hybrid technology, with turboprop and electric engines and four sets of propellers, as shown in images from a presentation posted on Youtube.

Although it is still in the study phase, the aircraft had some information released. It will have dimensions similar to the EMB-120 Brasilia turboprop, but the same configuration as the C-390 Millenium, with high wing and rear loading ramp, as well as a T-tail.

According to the Air Force, STOUT will be able to transport 30 soldiers or three tons of cargo over distances of 2,425 km (1,310 nm). The plane will be used in the Amazon region, which has poor airport infrastructure.

“The new plane will take into account several operational needs, such as cargo and personnel transportation in jungle areas, launching a paratrooper, pallet extraction and transportation of patients,” said Air Force Commander, Lt. Brig. Antonio Carlos Moretti Bermudez , during the presentation of the project.

The intention of the FAB is to replace its old turboprop transport planes C-95 Bandeirante and C-97 with the new model, which will have a short takeoff and landing capability. A Memorandum of Understanding between Embraer and the Brazilian government was signed at the end of last year to develop the project, but not a clear deadline for its production yet.

Embraer has frequently addressed the production of a new passenger turboprop with a capacity between 70 and 100 seats, but considers that this project will still have conventional propulsion. However, in the company’s view, the utility plane program with the Brazilian government can serve as an ideal field of study for low or no pollutant emission technologies.

Next post Air travel in Argentina has troubled resumption