The third customer of the C-390 Millennium multi-mission jet, Hungary has become a priority for Embraer. The Brazilian planemaker intends to get closer to the European country’s aerospace industry in order to leverage new partnerships.

For this purpose, Embraer opened an office in the capital Budapest on Friday. The date is not a coincidence: the company is in Hungary to participate in the Kecskemét International Airshow 2021, an event that takes place on this weekend.

It is not by chance that a KC-390 aircraft will be present at the event, creating the opportunity for Hungarians to meet the military cargo jet, whose air force ordered two units.

“Embraer wants to increase its presence in Hungary and expand our network with Hungarian high-tech exponents and other interested parties, aiming to establish a well-structured cooperation with some of the most qualified and innovative companies in the country,” said Jackson Schneider, President and CEO of Embraer Defense and Security.

According to the company, the initiative is part of a strategy aimed at establishing new partnerships in selected markets.

The approach to the Hungarians has broader contours. According to Embraer, the office will be the base for the development of projects in Central and Eastern Europe.

As is well known, countries in the region were for a long time dependent on technology provided by Russia. However, lack of resources has caused many programs to suffer enormous delays and difficulties.

As a result, several air forces have been looking for replacements in the West. Hungary itself has had a fleet of Saab Gripen C/D fighters under lease since 2006 and which replaced the MiG-29s supplied by the Russians.

Another aircraft that could reinforce the partnership with Hungary is the Super Tucano. In March, the Blog Before Flight website revealed that the air force was considering the acquisition of the trainer in order to regain a squadron after retiring the L-39 Albatros jets in 2009. 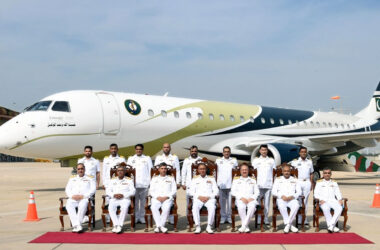