Breeze Airways, the new low-cost airline owned by businessman David Neeleman, has been going through some twists in its plans even before making its debut in the US aviation market. After postponing the start of operation to 2021, the company also decided to close a new leasing contract for used E195 aircraft with lessor Nordic instead of taking over aircraft from Brazilian airline Azul, also owned by Neeleman.

This week, however, in a conference with financial analysts, the businessman and his colleague, Azul president John Rodgerson, revealed that three E195 units will be sent to Breeze by the end of the year. The information contrasts with the note from Breeze itself that stated that the agreement with Nordic was “significantly better terms that the original term sheet signed with Azul for E195 aircraft.”

In statements to the market, Azul said it will pass on 12 E195 planes to the US airline. Breeze decided to incorporate 15 E195 jets to start its services before receiving the new Airbus A220-300, which will only arrive in the second half of 2021 and will be responsible for the routes in greatest demand.

Neeleman was also attempting a maneuver to obtain the operation certificate from the US Department of Transportation (DOT). For that, Breeze was negotiating the purchase of the certificate of the regional Compass Airlines, which stopped flying in April due to the pandemic. 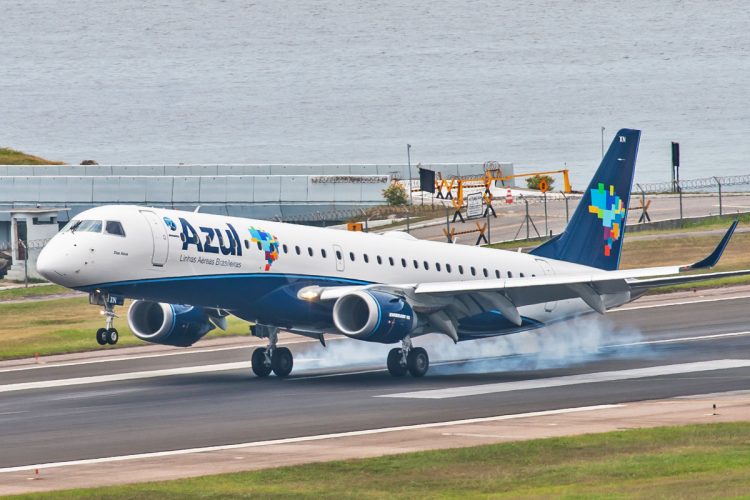 According to The Points Guy, however, Breeze withdrew the application to transfer the Compass certificate and will now proceed with an application to obtain its own authorization, which may take longer.

The deal prompted protests from the Air Line Pilots Association (ALPA), which demanded that employment contracts be preserved at the new company, something Breeze certainly did not want.

Breeze Airways plans to offer a fully automated low cost service. The company is set to debut in 15 cities on the East Coast, Midwest and South USA in addition to the state of Texas.