Boeing confirmed on Wednesday in its third quarter report that the 777X‘s operational debut was delayed to 2021. Until then, the manufacturer insisted that Lufthansa would receive the widebody by the end of next year.

About the first flight, Boeing continues to believe that it will occur soon: “remains on track for first flight in early 2020. The company is now targeting early 2021 for first delivery of the 777X.”

Largest twin-engine jet in history, the 777X was supposed to have flown for the first time in June, but problems with the GE9X engine forced Boeing to delay the program. GE has just delivered a new version of the turbofan with corrections made that should allow the 777-9 widebody to finally make its maiden flight.

Even so, there is incredulity about being able to certify the aircraft in about a year. For Tim Clark, CEO of Emirates Arline, it takes a 13 to 16 month trial period, he told Reuters recently. He said he hoped to have eight 777-9 units by 2020 but “now it doesn’t look like we will have any.”

In the report, Boeing also decided to reduce production of the 787, currently its most widely delivered commercial aircraft. From the end of 2020, the monthly production rate will fall from 14 to 12 aircraft. Justifying the decision on account of “the current global trade environment”, planemaker confirmed the expectation that existed after Aeroflot dropped a large twin-engine order.

Regarding the 737 MAX, Boeing continues to believe that the jet will fly again by December and will thereby boost monthly production from 42 units to 57 aircraft by the end of 2020.

Boeing announced that its backlog reached nearly 5,500 aircraft and $ 387 billion. 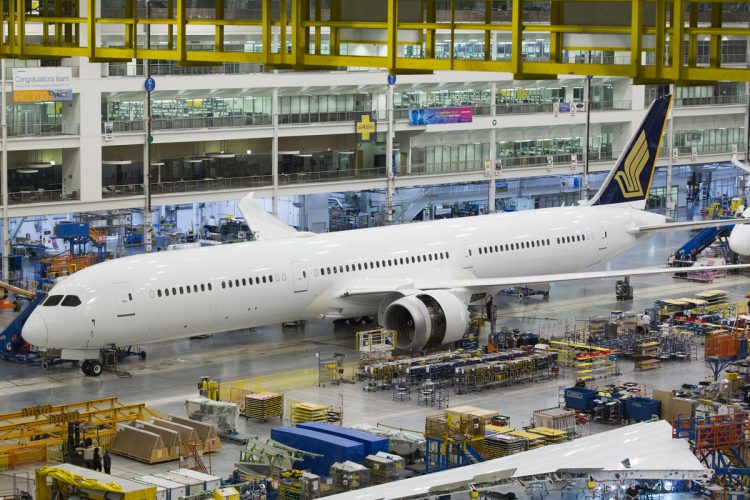 Next post Gulfstream launches its largest business jet, the G700