Airbus was already studying a longer-range variant of the A321neo for some time, but perhaps not expecting such a warm reception from its customers as it did at the Paris Air Show. In three days of event, the A321XLR accumulated more than 200 units ordered, part of them, it is worth remembering, converted from previous orders.

The twin-engine single-aisle aicraft with the longest range ever created was the first impact news at Le Bourget. Unveiling the new variant, Airbus has confirmed only one customer, the Air Lease Corporation with an order of 27 aircraft. However, soon after, Lebanon’s MEA became the launch customer of the model with the acquisition of four aircraft. And so the first day was ended.

On Tuesday, the European manufacturer began to put their cards on the table. Cebu Pacific, the Philippines’ low-cost carrier, has included the new jet in its prior agreement and will still have a signed contract. Of the 36 aircraft planned, 10 were from the A321XLR. Soon after, Saudi Arabian Airlines decided to extend an original order of 35 units of the A320neo family to include 15 A321XLR, among other aircraft. 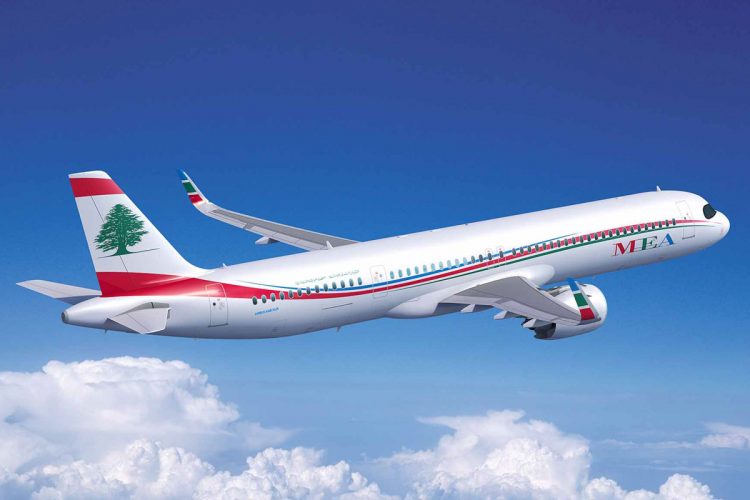 MEA will be the A321XLR launch costumer (Airbus)

But the most symbolic order of the second day of the Paris Air Show came from the IAG Group, owner of companies like British Airways and Iberia. The company’s CEO, Willie Walsh, had already anticipated in recent days that the new Airbus would make sense in the group. And so IAG confirmed the acquisition of 14 A321XLR, eight of them for Iberia and six for the Irish Aer Lingus.

However, it was the third day of the air show that made the orders more than double. Australian Qantas opened the morning at Le Bourget with an order of 36 units and 26 of them were conversions of an earlier order. The airline will use the jet in the South Pacific and Asia along with its subsidiary Jetstar. 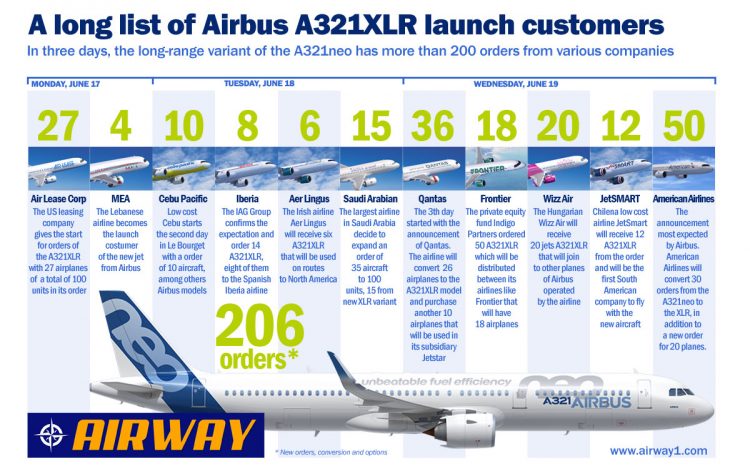 Hours later, the equity fund Indigo Partners signed an agreement with Airbus to acquire 50 A321XLR, 32 of them as a new order and the remainder converted from a previous order from the A320neo family. Indigo controls four airlines and will distribute the aircraft among three of them, including Chile’s JetSMART, the first company in South America to have the plane. Twelve units will go to Chilean company, 20 to Hungarian WizzAir and 18 to Frontier Airlines of the USA.

In the middle of the afternoon the mercy stroke appeared on Boeing. American Airlines has confirmed rumors that it would order the A321XLR and have entered into an agreement with Airbus to have 50 units, 20 additional ones and 30 previously existing positions. In the US giant, Airbus will take the place of the Boeing 757, which now has 34 aircraft, but will also expand the company’s ability to fly to international destinations with traffic that does not justify a widebody, as well as the long-haul internal routes such as Los Angeles-New York or Chicago-San Francisco, for example. 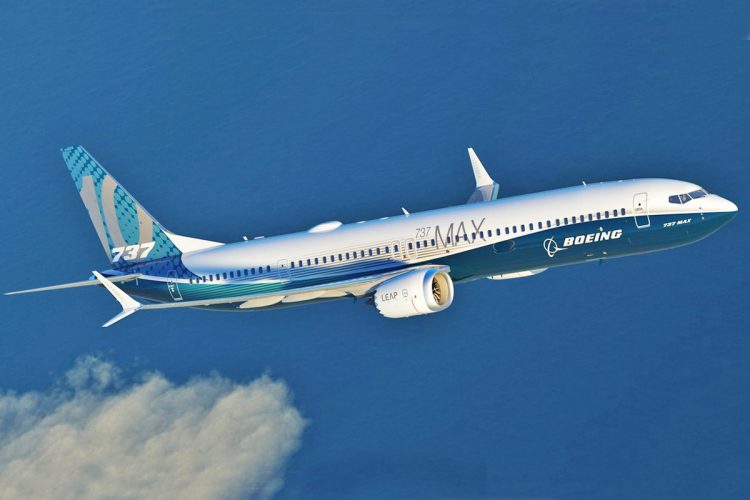 No rivals for a long time

The numbers are an optimistic sign for the European manufacturer that can take advantage of the fact that it does not have a direct competitor for several years. The closest model to the A321XLR is the 737 MAX 10, the largest version of the Boeing jet, but still far from the first flight.

The jet that may one day trouble the A321XLR has yet to receive a green light from Boeing to come true. It is the NMA, commonly called 797, a small widebody whose specifications have not yet been defined. The plane’s horizon, however, is a long way off: the American manufacturer said that this could occur in 2025, but with the delay in launching it, it is unlikely that it will hit the market at that time, when the A321XLR will already be flying for the least two years. 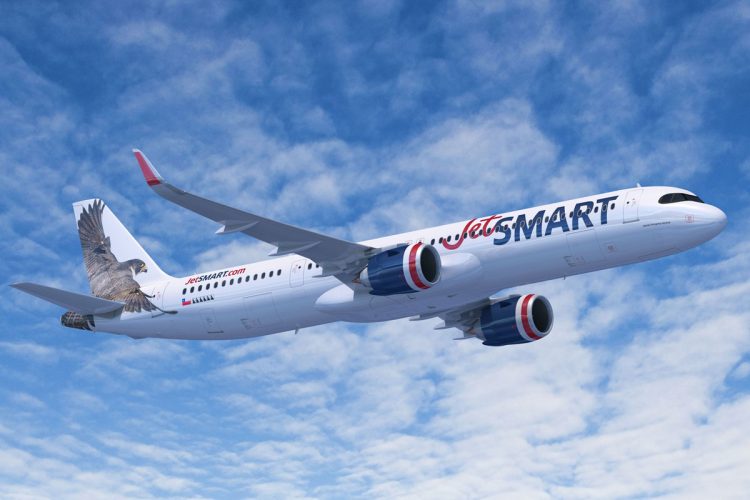